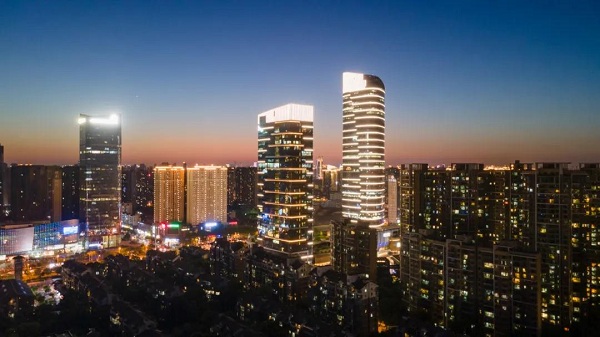 A well-lit night in OVC. [Photo/WeChat account of Optics Valley of China]

The official website of the China National Intellectual Property Administration recently identified 22 development zones as State-level demonstration development zones for the development of intellectual property rights (IPR). The East Lake High-tech Development Zone (also known as Optics Valley of China, or OVC) was the only place in Hubei province to be selected.

According to the work plan, in 2024 the valley will become a pilot zone for IPR-industry integration, a top IPR service hub, and a center for international IPR trade and exchange.

By then, OVC plans to produce 15,000 authorized invention patents every year, with its number of invention patents per 10,000 people to exceed 110 and annual IPR trade to exceed 8 billion yuan ($1.19 billion). In addition, the valley plans to be home to some 450 professional IPR service providers.