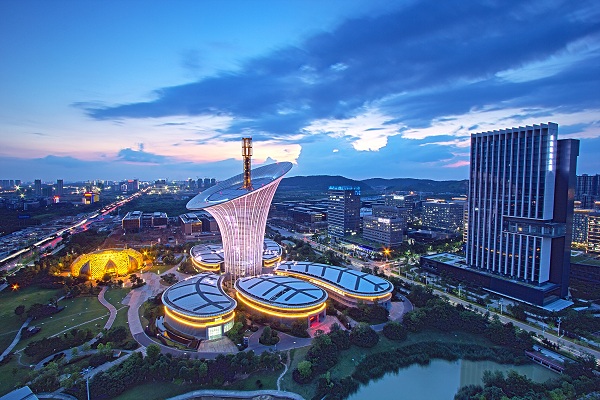 Editor's note: China has seen tremendous changes nationwide, from economic growth to environmental protection, from social improvement to cultural progress. In this series, China Daily maps the changes and tells the stories of the people who lived through them.

President Xi Jinping has used his five visits to Hubei province over the past decade to steer it toward pursuing high-quality socioeconomic development.

In addition to his attendance at the Seventh Military World Games in Wuhan, the provincial capital, in October 2019, Xi, who is also general secretary of the Communist Party of China Central Committee and chairman of the Central Military Commission, has conducted four inspection tours－in 2013, 2018, 2020 and last month－in the central province since he became president. He has visited farmland, residential communities, ports and high-tech development zones.

Xi has visited the zone three times and has urged Wuhan to play a significant role in promoting technological innovation to help the country achieve scientific and technological self-reliance.

During a visit to FiberHome Telecommunication Technologies, a pioneer in the optical communications sector, in 2018, Xi underlined the importance of breakthroughs in core technologies and said the country requires high-tech companies to make quick progress in technological innovation.

Recalling Xi's visit to the company, Zeng Jun, president of FiberHome, said that Xi inspected independently developed products like chips and optical fibers and learned about the products in detail.

"Xi told us that such independently developed products were key to the company's development," Zeng said.

In recent years, FiberHome has increased research and development investment and succeeded in commercializing a self-developed 400G silicon photonics chip, the first of its kind in China, by the end of last year.

When Xi returned to Wuhan in June, he once again stressed the need to implement the innovation-driven development strategy to "keep the lifeline of science and technology firmly in our own hands".

During this tour, Xi visited Wuhan HGLaser Engineering, one of the country's largest laser equipment suppliers. He urged the fostering of more advanced technologies and sectors to create new advantages in international competition, while calling for greater progress in scientific and technological self-reliance to secure national development.

Following this guidance, Hubei has made great progress in recent years in strengthening innovation and capacity building, and has worked to align its innovation-driven strategy with socioeconomic growth.

Last year, Hubei invested more than 100 billion yuan ($14.9 billion) in R&D, up 43.5 percent from 2017, and the combined revenues of high-tech businesses topped 1 trillion yuan last year, an increase of 71.7 percent compared with 2017, according to Feng Yanfei, director of the province's Department of Science and Technology. Hubei has become a pacesetter in national scientific and technological innovation, Feng added.

The State Council, China's Cabinet, approved a plan in April to turn Wuhan into an influential scientific and technological innovation center.

It will become a regional innovation hub for Central China following the creation of similar hubs in Beijing, Shanghai, Guangdong-Hong Kong-Macao and Chengdu-Chongqing in recent years.

Li Deren, a professor of geospatial information technology at Wuhan University, said that he was inspired by President Xi's instructions on scientific innovation.

Li said that as a scientist, his confidence and capacity to overcome difficulties depend mainly on the full support of the Party and the State and that he is ready to make greater contributions to the country and help address the difficulties in key technologies.

In addition to leveraging its strength in technological innovation, Hubei has also made progress in developing its green economy and in advancing rural vitalization. Last year, the province's GDP topped 5 trillion yuan for the first time.