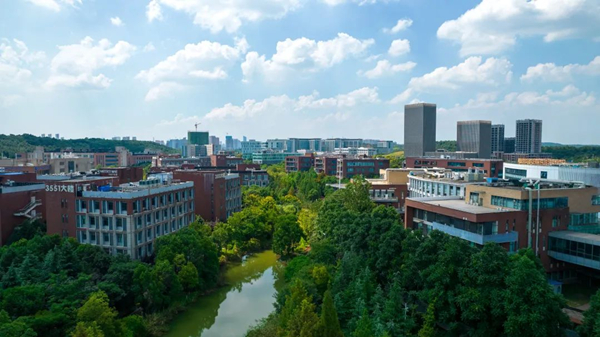 The Wuhan National Bio-industry Base, also known as the Biolake, is China's second largest State-level biotech industrial base in terms of its overall technological and commercial strength. It is located in the Wuhan East Lake High-tech Development Zone. [Photo/WeChat account of Optics Valley of China]

The East Lake High-tech Development Zone – which is also known as Optics Valley of China, or the OVC and based in Wuhan, capital city of Central China's Hubei province – was recently made one of 20 national key high-tech zones and development zones at the 14th China Bioindustry Convention.

The convention was held in Guangzhou city, capital of South China's Guangdong province, on June 10-12. At it, the "China Biomedical Industry Development Index" was released, as were the evaluation results of the regional biomedical industry in 2021.

The index is said to provide a comprehensive, dynamic and all-round evaluation of China's biomedical industry in terms of its resource inputs, performance outputs, corporate innovation and international influence. The index increased 26.5 percent year-on-year to 173.5 in 2021.

Optics Valley of China boasts expanding health and biotechnology clusters and its strength in biomedicines ranks among the top high-tech zones in China.

There are dozens of innovative pharmaceutical companies there, as well as 33 national and provincial biomedicine innovation platforms.