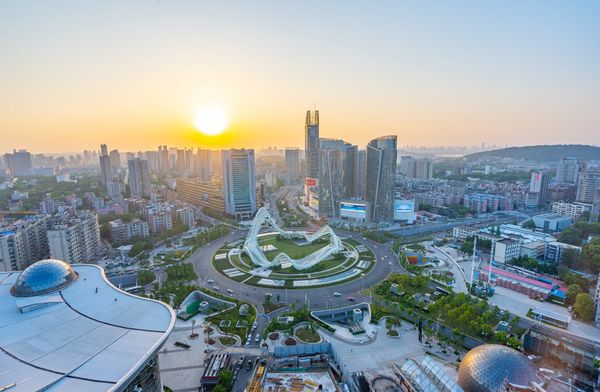 During the first quarter of this year, the East Lake High-tech Development Zone (also known as Optics Valley of China, or OVC) recorded 53.86 billion yuan ($8.13 billion) in GDP, with a growth rate of 8.1 percent, ranking highly in Wuhan. It is also the city's top performer in six major economic indicators, including the total amount of investment funds in place.

The figures were revealed at a symposium held on May 5, which analyzed the economic situation during the first quarter and economic plans for the second half of the year.

From January to April, the valley saw 22,000 new market entities and 8,003 newly registered enterprises. Over the first three months this year, power consumption in OVC surged by 21.8 percent. Meanwhile, Wuhan Huakang Century Medical Co was successfully listed, with the IPO applications of seven other OVC-based companies being reviewed.

Officials were urged at the meeting to speed up construction on the East Lake Science City and scientific innovation platforms, put three national innovation centers into use as soon as possible, and strengthen the construction of five industrial bases for lasers, ICs, advanced displays, digital economy, and innovative medicine.

The valley's government also called for efforts to ensure the smooth functioning of industrial and supply chains, and stabilize production and sales while paying due attention to safe production processes and pandemic prevention and containment.