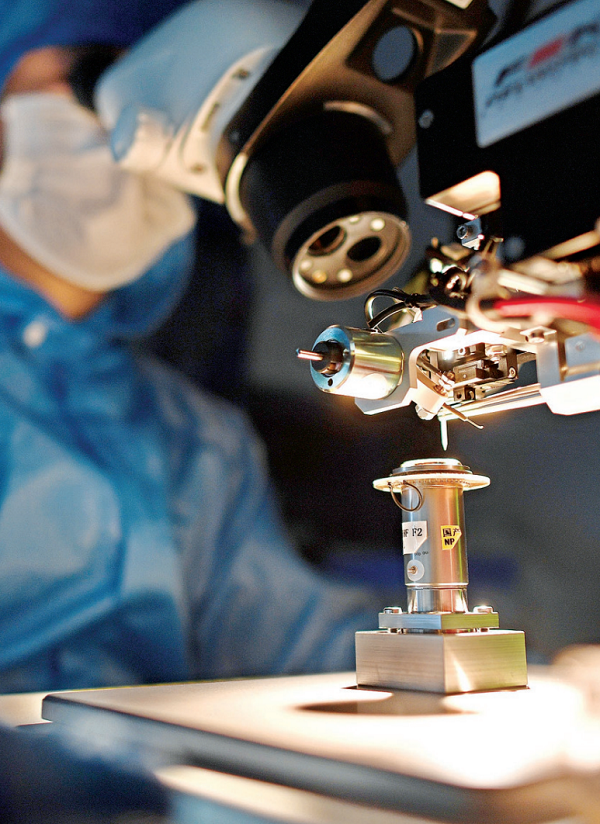 Many listed enterprises based in the East Lake High-tech Development Zone (also known as optics Valley of China, or OVC) have recently issued their annual reports for 2021.

HGHECH is expected to leverage this momentum and earn a net profit of up to 230 million yuan during the first quarter of this year.

YOFC – an international leading supplier of optical fiber preforms, optical fibers, and optical cables – generated 9.54 billion yuan in sales, more than 30 percent of which were from its overseas businesses.

"China's economy is headed toward high-quality development, the quality of listed firms has improved, the proportion of the new economy is edging upward, and the profitability of enterprises in non-financial sectors has been largely enhanced," said Li Qiusuo, a senior official from CICC, China's first joint-venture investment bank.

Intensifying R&D investment is a direct way to sustain companies' competitiveness. Statistics show that over the past three years, the R&D investments of listed corporations accounted for over half of the total in China. In addition, the number of patents owned by such firms also surged 74 percent.

"Compared with surrounding cities and other parts of Central China, Wuhan has a strong manufacturing foundation and an abundance of scientific and educational resources, which is an obvious advantage when it comes to R&D," said Dong Dengxin, president of the Securities Research Institute of Wuhan University of Science and Technology.

In the Global Innovation Index 2021 issued by the World Intellectual Property Organization, Wuhan's ranking continued to rise for the fourth year in a row and was rated the 25th most innovative city in the world.