China is No 1 in international patent applications 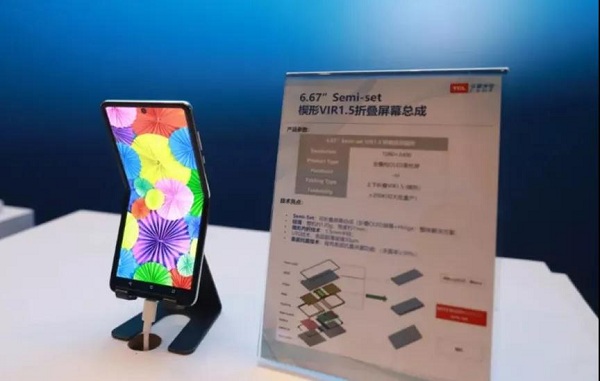 A vibrant foldable display on a mobile phone goes on show. It was independently developed by TCL. [Photo/WeChat account of Optics Valley of China]

China ranked No 1 in the world for international patent applications through the Patent Cooperation Treaty last year, according to the official website of China National Intellectual Property Administration.

The Patent Cooperation Treaty, or PCT, is an international accord that makes it possible to seek patent protection for an invention simultaneously in a large number of countries and is regarded as being a significant benchmark of a country's innovation capacity.

In the wake of the latest performance, China has won the No 1 slot in PCT patent applications for three years in a row.

A report from the World Intellectual Property Organization showed that back in 2018, TCL was 50th in the rankings. The company is also said to be the one in Wuhan that gains the most patents authorized in the United States.

During 2021, the top 10 companies in terms of patent applications in Hubei province were all from Wuhan. From a technical perspective, computer technology related patents accounted for the largest share of the total patents, followed by those related to digital communications, medical technologies, measuring and electrical machinery.

There were 1,691 PCT international patent applications submitted by Hubei province from 162 firms last year, a year-on-year increase of 24 companies.