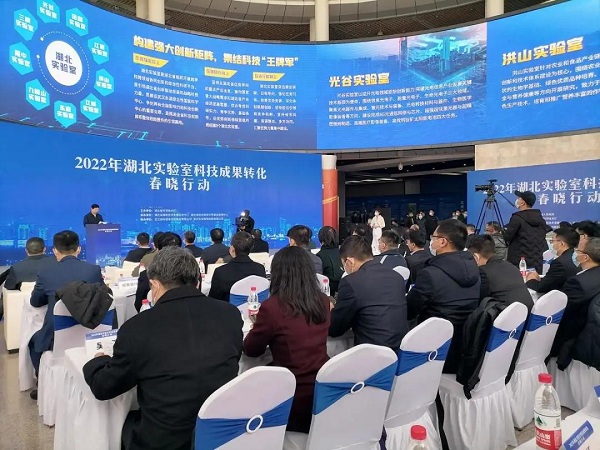 The venue for the campaign. [Photo/WeChat account of Optics Valley of China]

The Hubei Department of Science and Technology initiated a special campaign on Jan 17 in the provincial capital of Wuhan focusing on nine provincial laboratories, in an effort to facilitate technology transfers.

In addition, five projects aimed at tackling technological bottlenecks were also signed into effect by provincial labs and related departments and enterprises.

There are 800 million yuan ($125.6 million) in funds offered to serve the technological transfer demands of labs, and two funds worth 450 million yuan will go to Optics Valley Lab.