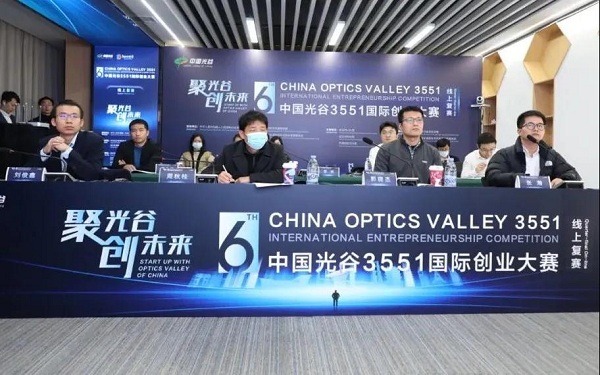 The quarter final of the European track of China Optics Valley 3551 International Entrepreneurship Competition was held via video link on Dec 15.

The competition, which is being held in North America, Europe and the Asia-Pacific by the East Lake High-tech Development Zone (also known as Optics Valley of China, or OVC), mainly focuses on four areas – optoelectronics, life and health, artificial intelligence, and digital economy.

There were 30 candidate projects selected during the quarter final, which involve cutting-edge technologies in biomedicine, new energy, software information technology, and internet of things. 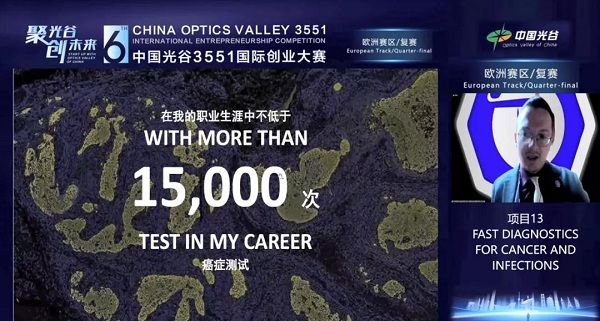 The road show of the "Fast Diagnostics for Cancer and Infection" project during the quarter final. [Photo/WeChat account of the Talent and Entrepreneurship Office of Optics Valley of China]

Research teams come from leading institutes and universities, including Cambridge, MIT, Wuhan University, and the National Physical Laboratory of the United Kingdom.