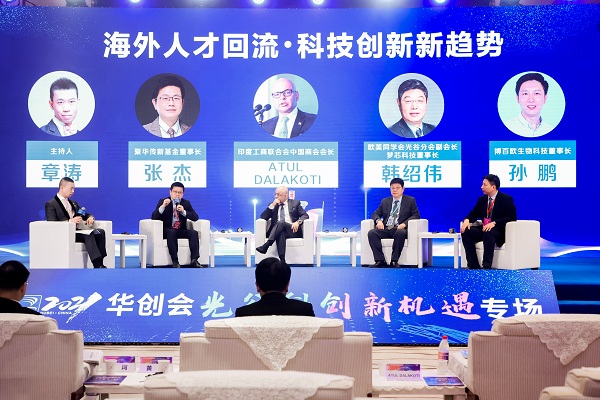 Overseas returnees are invited to discuss how to attract and retain talent on stage at the conference. [Photo/COCPDC]

Talent-related policies rolled out by the East Lake High-tech Development Zone (also known as Optics Valley of China, or OVC) were praised during the 2021 Conference on Overseas Chinese Pioneering and Developing in China (COCPDC) that opened on Nov 16 in the city of Wuhan.

Agreements for six entrepreneurship projects by overseas returnees were signed at the event, involving 324 million yuan ($50.54 million) in investment.

Quan Jin, founder of Wuhan Hyvitech Co, admitted that the biggest reason for his return from the United States and his decision to start a business in OVC was its talent attraction policies.

"I went abroad in 2007 and returned 10 years later. I am a Wuhan local. I think Optics Valley of China is a promising land for entrepreneurs. It has fantastic talent policies and other supporting programs. After years of business exploration, I'm more convinced that I've made the correct decision to stay here," said Quan.

Another overseas returnee who also sought opportunities in the US for many years but finally returned to OVC is Han Shaowei, president of Wuhan Mengxin Technology Co. He said that China has more attractive talent polices than the US. "China will lend you a hand when you hit rock bottom, and bring you back on the right track. That is the difference," Han added. 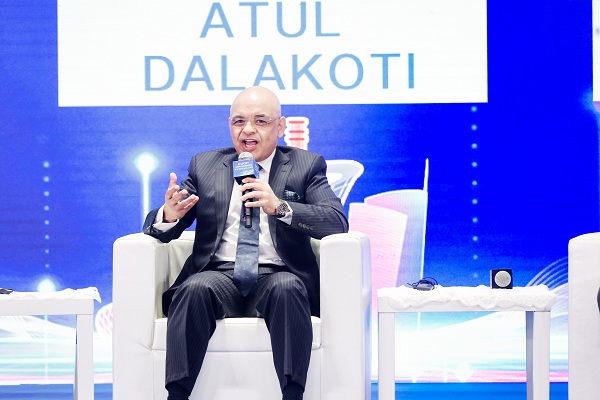 This view was also shared by Zhang Jie, president of Wuhan Juhua Chuanxin Private Equity Fund Management Co. He emphasized the need to introduce professional teams to offer better services for overseas high-tech talent. "Many returnees will face obstacles in the very beginning of their career. Professional service teams will make it much easier for them to adjust to the Chinese climate," Zhang said.