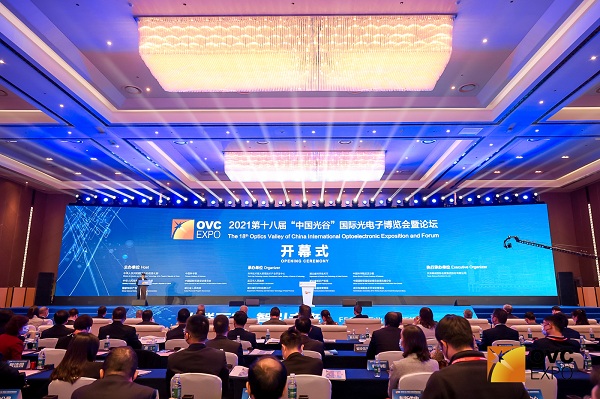 More than 300 domestic and overseas companies, including Huawei, Nokia and Yonyou, are set to showcase their new products and technological achievements in optoelectronics to an estimated 20,000 professional visitors over the three-day period.

A total of 27 major projects worth 30.6 billion yuan ($4.8 billion) were signed at the expo on Wednesday alone, including lasers, semiconductors, AI, quantum information and more.

The buying groups involve major players such as Hisense, Haier, CNOC, Sinopec and the Chinese Academy of Sciences, with the aim to leverage optoelectronics technology to boost their business.

Optoelectronic information is OVC's pillar industry, with more than 1,000 related companies that together generate nearly 600 billion yuan in annual income.

Since 2002, the expo has attracted more than 5,400 exhibitors from over 30 countries and regions, as well as nearly 550,000 professional visitors.