Optics Valley popular among youth back from first-tier cities 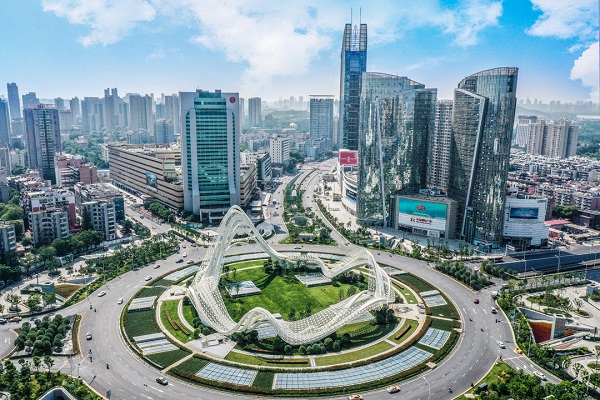 The house price-to-income ratio of the Optics Valley ranks second among 10 world-class industrial parks, making it an ideal place to work and live in for young people, especially those from China's first-tier cities. [Photo/WeChat account of Optics Valley of China]

Figures speak for themselves. Last year, the valley's regional GDP reached 200.19 billion yuan ($30.03 billion), with an average growth rate of 10.7 percent for the part five years. In addition, 12.8 percent of Wuhan's economy was generated in the valley in 2020.

Optics Valley also ranked first in terms of high-tech industrial added value, exports and imports, and foreign investment in actual use among other regions and districts in Wuhan.

The "optics, IC, displays, terminals and internet" cluster, one of the valley's one-trillion-yuan industry clusters, had seen rapid development. The biomedicine cluster increased its innovative capabilities, with four enterprises based in OVC included in the 2020 list of China's top innovative medicine enterprises.

The OVC was home to 108 national gazelle enterprises, more than 80 percent of which are involved in the electronic information, healthcare, AI, and online economy fields.

By the end of 2020, Optics Valley had attracted four Noble Prize winners and 66 domestic and overseas academicians.

The house price-to-income ratio of the valley ranked second among 10 world-class industrial parks, making it an ideal place to work and live for young people, especially those from China's first-tier cities.

About 47.2 percent of the valley's permanent residents have college degrees, and the population structure has largely improved, with the proportion of residents under 44 increasing to 77.4 percent of the total in 2020.