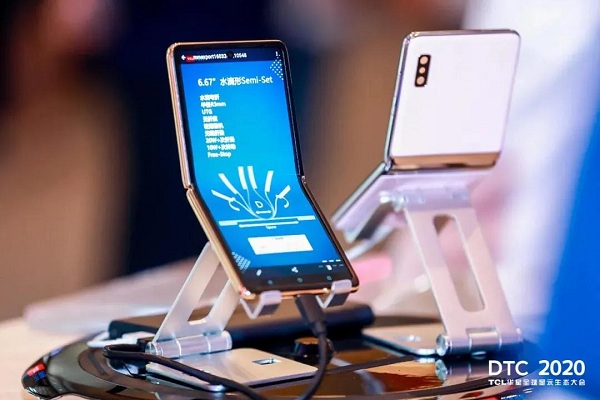 A flexible OLED panel is installed in a smartphone. [Photo/WeChat account of Optics Valley of China]

With a monthly output of 45,000 flexible OLED panels, TCL CSOT will be able to install display screens in more than 8 million mobile phones. Since 2021, the market demand of flexible OLEDs has been soaring. South Korea currently occupies 90 percent of the market.

Another issue is the ongoing chip shortage, which was successfully predicted and prevented by TCL CSOT decision makers.

Li Zhifu, vice president of the company, said that the company has ensured the supply chain security of limited resources by cultivating and aiding many domestic material suppliers.

Meanwhile, the company has also tried to improve the functionality of the flexible OLED panel production line. The transformed production line is expected to churn out 1.09 million square meters of display panels annually, meeting 13 percent of global need.