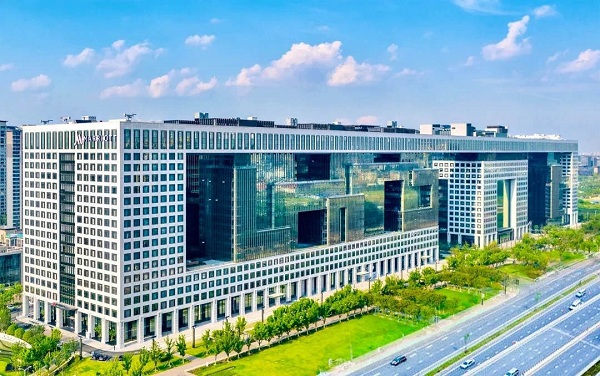 Optics Valley of China is one of Wuhan's most dynamic regions and is increasingly attractive to young graduates. [Photo provided to chinaopticsvalley.com]

Since 2017, the city of Wuhan in Central China's Hubei province has enjoyed a fairly high talent net inflow every year. As a region that attracts the most college graduates every year, the East Lake High-tech Development Zone (also known as Optics Valley of China, or OVC), has recently issued two talent-related policies that are unprecedented in China.

The valley has decided to include the participation of enterprises in the assessment of talent. Once approved by the government, the recommended high-level talents or scholars in certain fields will receive a 1-million-yuan ($150,000) and 300,000-yuan fund, respectively.

Zeng Mizong, an official of the human resource department of HGLaser Engineering Co, said that employees have been more motivated since the company has been granted the authority to recommend talent.

Only enterprises that have grown to a certain scale and continue to make progress in industrial innovation are entitled to the privilege.

Academic certificates are not the only dimension for talent evaluation

A talent registration platform was put into use in the Optics Valley one month ago. Talent registered on the platform will not be rated only according to their academic certificates, but also based on their knowledge, experience, personal abilities, contribution, and credibility.

One official from the Patent Examination Cooperation Hubei Center of the Patent Office of China National Intellectual Property Administration praised the platform as a scientific approach that has transformed the traditional certificate-based way to select talent.

High-level personnel registered on the platform will be rated on different levels based on several indicators. They will receive corresponding financial support and housing subsidies based on how many points they score.