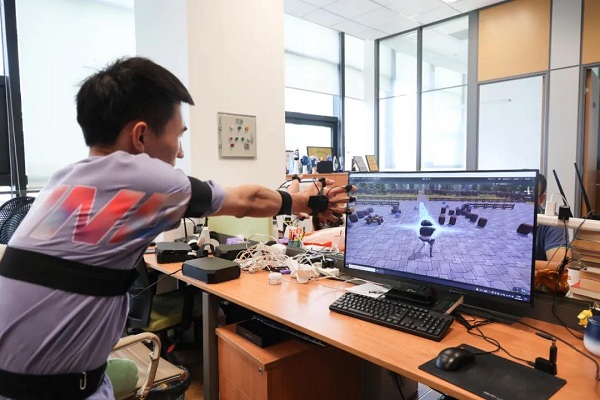 Wear a helmet and step into a virtual world where you can choose your own images and weapons, and do whatever you want … This is what the recent blockbuster Free Guy has shown us about what the future will look like.

Wuhan Haocun Technology Co, based in the East Lake High-tech Development Zone (also known as Optics Valley of China, or OVC), is accelerating the arrival of such a world.

There is nothing magic about it – digital gloves and body recognition devices independently developed by Haocun Tech can help you take control of "the other you" on the screen by precisely capturing your gestures and actions in real time, no matter how delicate they are.

There are more than 10 sensors attached to various points on the body. The action captured by the wearable devices can achieve accuracy within three decimal places, and even a quiver from somebody with Parkinson's can be sensed.

Another feature of the device is a 3-millisecond delayed response, which is entirely undetectable to the human eye and ensures an experience similar to reality. 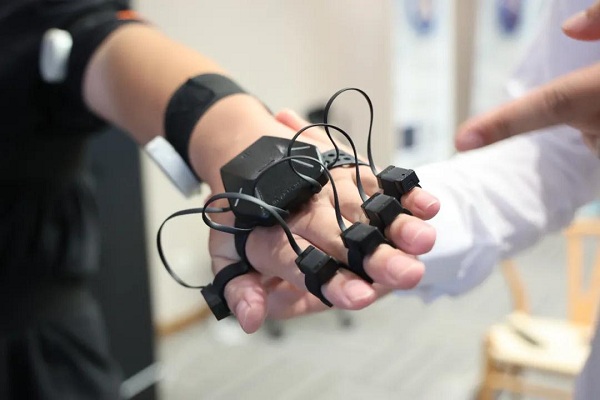 "In the AI field, most companies focus on technologies above the robot's neck, such as visual and acoustic control. But the whole industry needs a balance. What we do now is to fill the vacant place below the robot's neck – the sensory skills of robots," said Xiong Penghang, founder of Haocun Tech.

Meanwhile, Xiong also explained why he chose to start his business in Optics Valley. "I think OVC has a lot in common with Silicon Valley, and we entrepreneurs are striving in that direction," Xiong added.