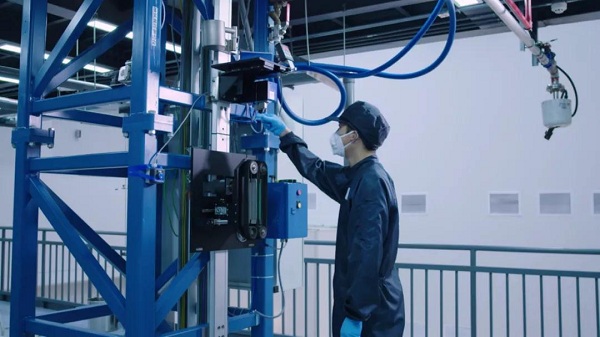 In the tropical rain forest, tall and enormous trees survive the severe environment by absorbing more sunlight, water and nutrients, which then not only depend on growing more leaves, but more importantly rely on its "buttress roots", which usually refer to large roots on all sides of a shallowly rooted tree.

Without buttress roots, those giants in plant kingdom would be put in a vulnerable position – easy to collapse.

Wuhan, especially the Optics Valley, is becoming a lively "amazon" that allows for the co-existence of little giant enterprises and industrial titans. Energetic small and medium-sized firms have participated in the differentiated economic ecosystem and facilitate the completion and extension of the entire industry.

This can be best exemplified by Wuhan Raycus Fiber Laser Technologies Co and Wuhan Ruixin Special Optical Fiber Co, the latter of which has helped the former achieve the localization of core spare parts.

Industrial giants activate the whole industrial chain, which is further consolidated by supporting firms. Coordinated innovation among upstream and downstream companies is demanded by the market and reliant on a progressive government.

In the post-epidemic period, nearly 30 suppliers of Wuhan Raycus managed to resume operations within just one week thanks to the Wuhan government.

There are currently 49 firms recognized as national new and specialized little giant enterprises. They act as buttress roots to increase the resilience of OVC's strongest industries.