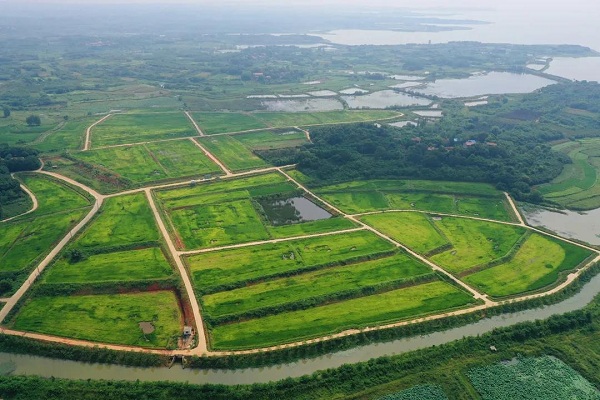 The rice grown in the village is known as "space rice", as the rice seeds have been sent to space. Seeds sent to space have usually gone through careful selection and been thoroughly researched.

While in space, the seeds undergo changes in terms of genes, taste, and quality due to the unique conditions they are exposed to, such as gravity, magnetic fields, and radiation.

The rice field in the village used to be a wasteland, but it has now become an integrated part of the Wuhan National Modern Agricultural Innovation Center. Its soil has been made fertile and productive again thanks to a series of engineering and other projects involving irrigation, interior roads, and earth improvement.

The space rice was developed by Hubei Jinguang Agricultural Technology Co, a national high-tech enterprise that has been honored by the National Aerospace Breeding Technology Transfer Center. It moved to OVC in May 2021 and focuses on the research, production, and sale of rice, maize, and oil seeds.