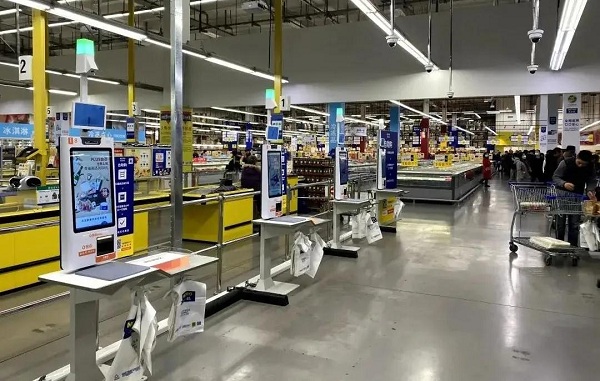 The self-service cashier is nothing new to big cities in China – customers scan commodities on the machine and pay for them by phone without any human intervention.

Wesine Tech Co is one of the first enterprises to dedicate itself to the research and development of unmanned cashier systems in China. Its products are used in more than 5,000 stores by over 600,000 people every day, and can reportedly bring down the theft rate of shops by 85 percent.

AI technology enables the system to identify people's dishonest behavior, such as shoplifting, refusing to scan the payment code, or scanning the wrong code, and sends an alert to cashiers.

"There are statistics on 110,000 types of commodities in our data base, and the AI identification rate exceeds 93 percent, so customers who intentionally replace the correct bar code with something else will immediately be discovered," said Cai Bo, chief scientist at Wesine. 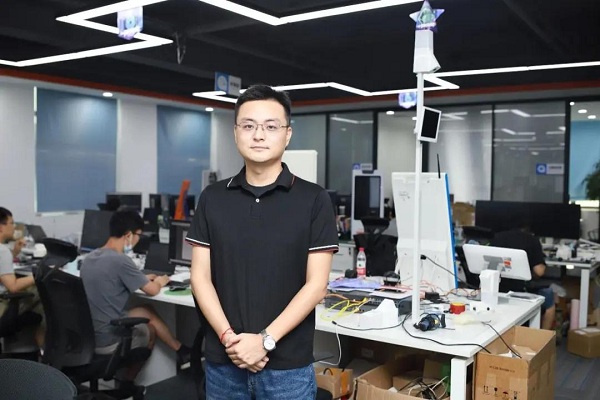 Cai Bo, chief scientist of Wesine, graduates from Huazhong University of Science and Technology (HUST) with a doctorate in electronic information engineering. [Photo/WeChat account of Optics Valley of China]

Wesine is a young firm founded in September 2017 by four founders from HUST. The company took a risk and made a big deal during Spring Festival of 2018, when lots of supermarkets in Beijing drained of available personnel due to the holiday.

The firm has been constantly expanding over the past several years. Now 80 percent of its staff members are researchers, and their average age is around 30.

The self-service cashier devices have been gaining in popularity in recent years, and are expected to flourish in third and fourth-tier cities. The corporation is now trying to use its AI technologies in other areas, including public area security, real-time environment monitoring, agricultural product selection, and industrial vision systems.