120,000 children back to school in Optics Valley 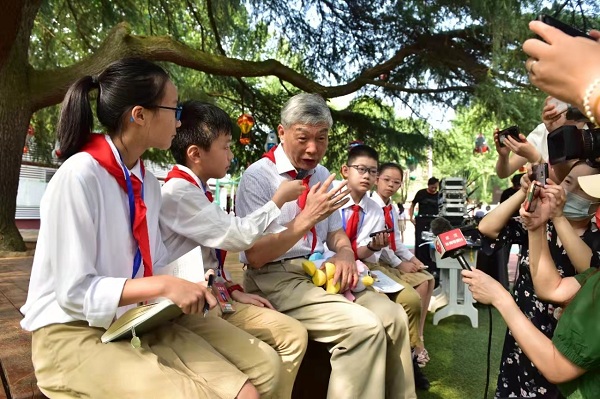 Li Peigen, academician of the Chinese Academy of Engineering, is interviewed by children in OVC. [Photo/WeChat account of Optics Valley of China]

A total of 120,000 primary, middle school, and kindergarten students in the East Lake High-tech Development Zone (also known as Optics Valley of China, or OVC) returned to school on Sept 1.

There are currently 132 kindergartens and 48 primary and middle schools in the valley, with the number of on-campus students hitting 128,400, up by 11 percent year on year.

Most schools in the valley launched a flag-raising ceremony and organized many special activities for children.

Li Peigen, academician of the Chinese Academy of Engineering, was invited to the Primary School Attached to Huazhong University of Science and Technology (HUST), where he told interesting animal stories to students and encouraged them to raise questions as much as they can.

Optics Valley No 4 Secondary School invited Liu Huixia, who is an Olympic gold medal winner, to share her hard work in diving. She expressed hope that children could have the courage to strive for excellence. 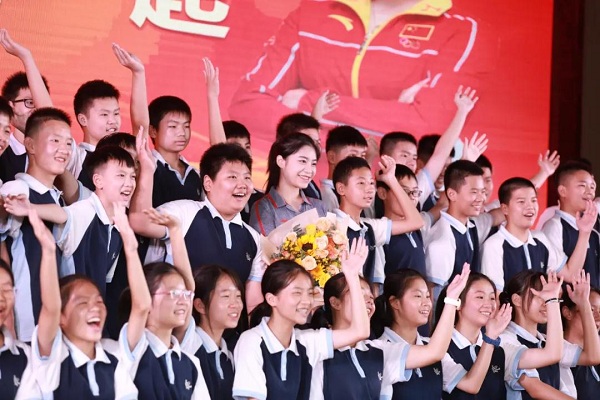