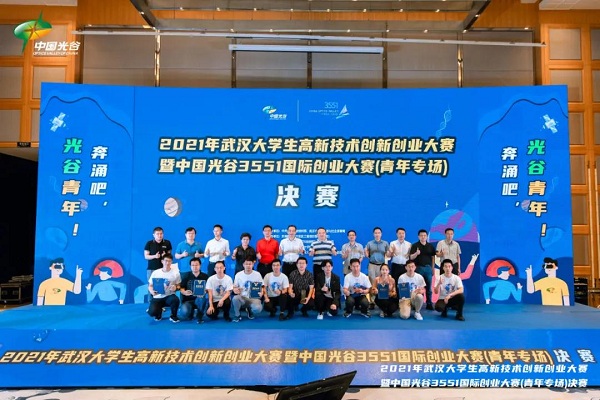 Candidates in the contest pose for a group picture. [Photo/Wechat account of Optics Valley of China]

The first-prize program will be sponsored by the 3551 East Lake High-tech Development Zone (also known as Optics Valley of China, or OVC) Talent Plan, and will receive up to 10 million yuan ($1.5 million) in subsidies.

The organizers of the contest received 278 program applications, with 128 in digital economy, 84 in optoelectronic information, and 66 in healthcare. Nearly half of candidates running these programs are master's or doctorate degree holders, and 28 have studied or worked overseas.

The sixth Optics Valley 3551 International Entrepreneurship Contest will reportedly be held in October, and its divisions will be set around the globe.

The contest is considered a way for OVC to showcase itself to the world and attract high-quality personnel and talent teams to start businesses in the valley.