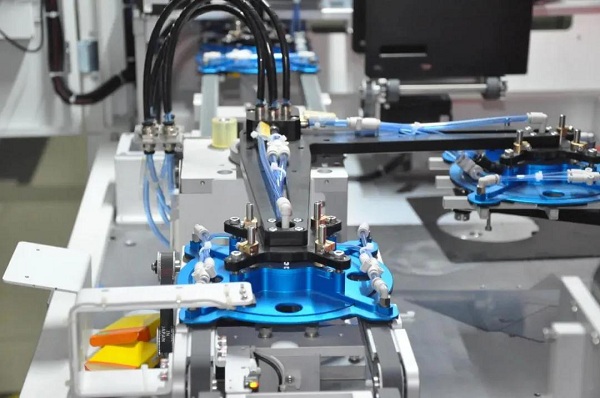 A workshop of DR Laser Co, an OVC-based company [Photo/WeChat account of Optics Valley of China]

The overseas orders of intelligent manufacturing products produced by HGTECH Co in August have doubled, compared with July. The company's products currently are sold in many countries and regions, including South Korea, Europe, and Southeast Asia. What's more, according to statistics released by the company, HGTECH reaped 4.64 billion yuan ($696 million) in total revenue, with a net profit of 349 million yuan.

In addition to HGTECH Co, other listed firms based in the East Lake High-tech Development Zone (also known as Optics Valley of China, or OVC) also performed well during the first half of 2021.

The laser industry is one of Wuhan's strongest industries. Laser companies continue to intensify their efforts and investments in research. HGTECH invested 163 million yuan in laser-related R&D activities in the first six months this year, for example.

Aiming to build more intelligent workshops, establish more "laser + smart manufacturing" programs, and engage in the formulation of global standards for laser products made in China, the laser industry in Wuhan has been constantly broadening its view and innovating.

As the application of lasers widens, laser technologies are begining to penetrate into the automobile manufacturing sector, especially new energy cars.

It is estimated that the number of laser companies in Optics Valley has surpassed 200, including a 100-billion-yuan company and accounting for half of the domestic market. Optics Valley is one of China's largest laser equipment manufacturing centers with a full-fledged laser industrial chain.