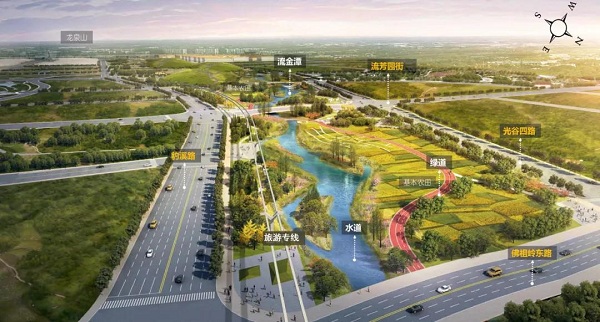 The East Lake High-tech Development Zone (also known as Optics Valley of China, or OVC) in Wuhan, Central China's Hubei province, has officially launched the construction of a sky train in July, as a part of the tourism supporting projects. The sky train will string fields, forests, mountains and lakes together, which are planned in the Optics Valley Central Ecological Corridor initiative.

The special tourism route with the sky train will reportedly adopt multiple cutting-edge technologies to fuse the concept of carbon peak and neutrality into the development of OVC.

Several prefabricated buildings that are roofed by the world's lightest flexible tiles have been established along the greenways. These tiles were independently developed and designed by OVC firms. The Optics Valley prioritizes advanced high-tech products produced in the valley to build its green and innovative corridor. 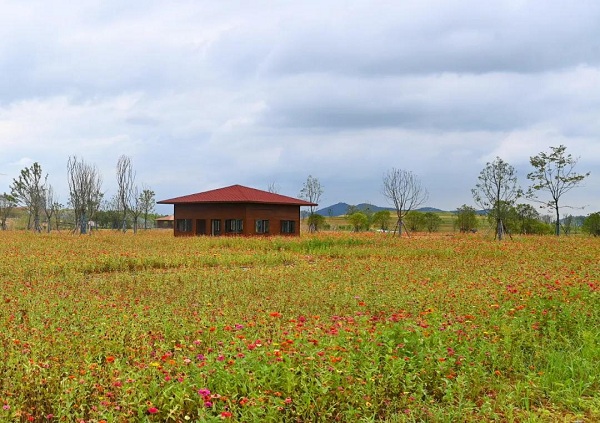 Construction on the East Lake Science City has also accelerated. As one of Wuhan's major roads leading out of the city, Gaoxin Avenue has opened its two-direction six-lane road. The road is expected to be completed by the end of 2021.

The government is going to apply the cheapest, safest, and most advanced technologies to build the Optics Valley into a hospitable and intelligent hub for science and technology.