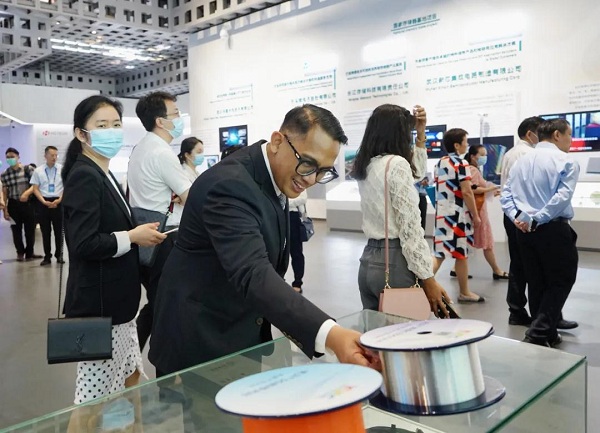 Leaders from ASEAN countries, officials from ASEAN diplomatic missions in China, as well as experts and firm representatives in the field of digital economy were invited to the conference for dialogues and potential cooperation opportunities with China in digital economy.

Natthira Krasaesarn, minister-counselor of the Royal Thai Embassy in Beijing, said that Wuhan is a rapidly-growing and vibrant city. This was reportedly the second time she had visited the city.

The opening ceremony of the conference was held on July 16, when many Wuhan-based enterprises signed collaboration agreements and established business partnerships with their counterparts from ASEAN countries.

Another highlight of the conference is the four themed forums on digital foundation interactions, AI scenarios and applications, cross-border ecommerce and digital trade, and digital industrial cooperation, respectively.

Meanwhile, Wuhan is taking steps to invest in ASEAN countries as well. Wuhan Fiberhome International Technologies Co, for instance, is the biggest local business partner with ASEAN. According to Li Lei, general manager of the company, they currently operate in ten ASEAN countries, and their wholly owned subsidiaries are scattered throughout Indonesia, Malaysia, the Philippines, Thailand, Singapore, Vietnam, and Myanmar.