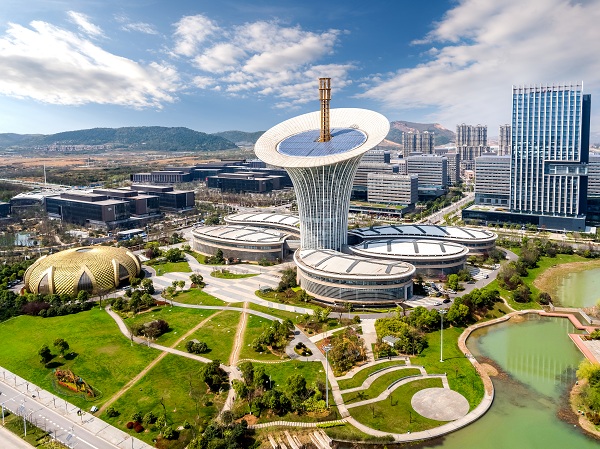 The province has made huge strides in becoming Central China's innovation hub.

The Optics Valley Laboratory recently held a symposium clarifying its development trajectory, including technology and equipment and biomedical imaging equipment, and confirming the participation of nine chief scientists and 21 academicians.

"We have collected an abundance of optoelectronic resources in Hubei. Universities, research bodies, and firms will work together on four or five bottlenecks in the field every year," said Shao Xinyu, academician of the Chinese Academy of Engineering and director of the Optics Valley Laboratory.

There are six other key laboratories in Hubei, including the Jiangxia and Hongshan laboratories, designed to meet national strategic demands and focusing on optoelectronic science, biological security, aerospace, and biological breeding. These labs are set to become a new engine for strategic emerging industries throughout the country.

On June 10 this year, construction on the East Lake Science City was officially launched by the provincial government, urging the science city to rely on Optic Valley's R&D and industrial strength, push forward the organic integration of education and scientific innovation, and enhance the fields of optoelectronics, AI, aerospace, and aviation.

China's top universities, including Huazhong University of Science and Technology, Huazhong Normal University, and the Chinese Academy of Sciences, have established their own innovation platforms in the OVC. These platforms accelerate technological transfer and stimulate the emergence of new businesses and industries.

The Huanggang Science and Technology Industrial Park of Optics Valley officially opened on July 12 and has currently brought in more than 10 major programs, with a total investment of over 4 billion yuan.

Biolake, another industrial park in OVC, is now home to more than 2,400 enterprises, registering a total industrial revenue of 300 billion yuan.