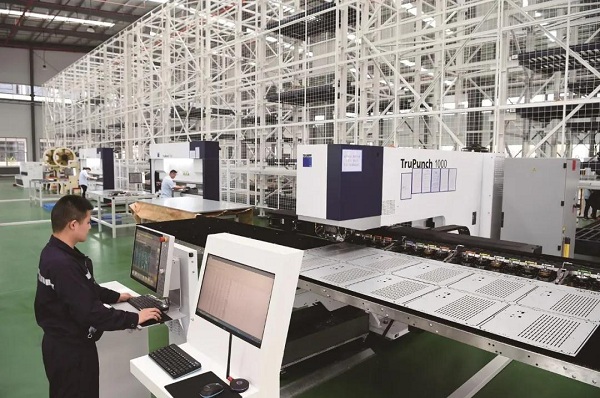 Boasting an output 1.5 times greater than the previous one, the new automatic production line also shortens the production cycle of its intelligent high and low-voltage equipment by 50 percent, and only requires half the number of workers that the old production line needed.

Zhang Zuodun, president of Changjiang Electric Intelligent Manufacturing Construction Co, introduced the automatic production line, hailing it as the most high-end, advanced and intelligent in the whole industry. Representing the growing capabilities of the electrical industry, the all-automatic configuration can not only raise workers' efficiency to a large degree, but also improve their working environment.

The flexible production line is a technically sophisticated and highly automatic system that applies technologies in areas like microelectronics, computer science and systems engineering.