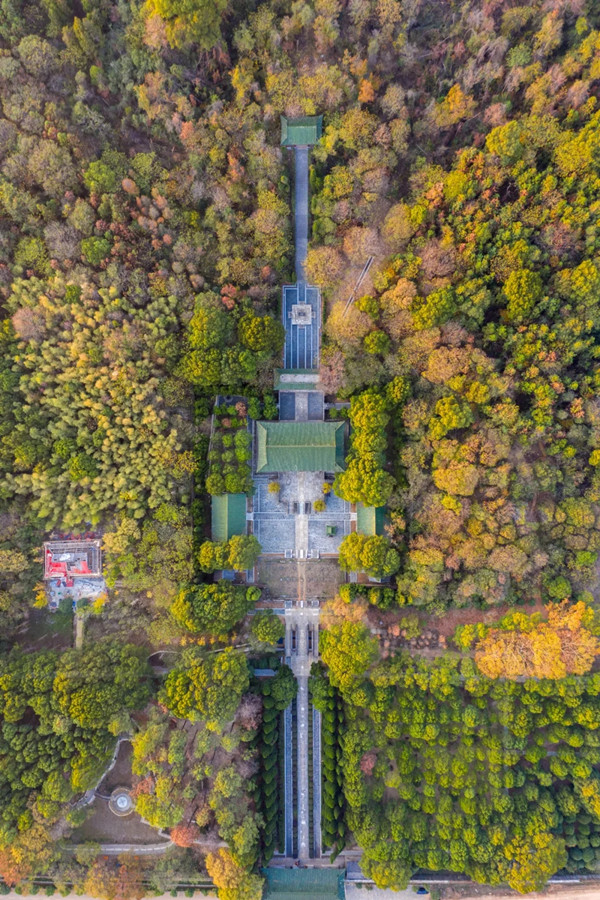 The tomb of King Chu, from the Ming Dynasty, is located in Optics Valley in Wuhan. [Photo/WeChat account of Optics Valley of China]

The tomb of King Chu from the Ming Dynasty (1368-1644) -- located in the East Lake High-tech Development Zone, also known as Optics Valley, in Wuhan, capital of Central China's Hubei province -- was recently listed among the first batch of six cultural heritage parks in Hubei.

That's according to a recent announcement issued by the province's government.

Located at Longquan Mountain in Optics Valley, the cultural site is actually host to the tombs of nine kings from the dynasty.

In 2018, Optics Valley established a leading group for its application to become a National Archaeological Park of China. Over the past three years, the zone has increased its protection of cultural relics. It has promoted the sensible and appropriate use of cultural relics and made efforts in the fields of site protection, environmental remediation work, smart management and safety protocols.

Due to its beautiful environment, a large number of residents come to visit the area and relax.

Moving forwards, plans are for the zone to advance its application to be a National Archaeological Park of China. It will explore its ancient culture and develop new paths to cultural and tourism integration, benefiting more of its people in the process.