A spectacular light show brightens up the sky of Wuhan city during the May Day holiday. [Video provided to chinadaily.com.cn]

A high-tech and spectacular light show was staged in Wuhan, capital of Central China's Hubei province, during the recent May Day holiday.

It drew the crowds on the nights of April 30 through to May 5, according to local media reports.

The show was staged at the Yellow Crane Tower, a landmark in the city, with dazzling light illuminating the Yangtze River, the Hanjiang River and their banks.

It was also the first time that the Yellow Crane Tower, the two rivers and their banks staged light shows displaying technological products.

The show displayed urban landmarks and cultural landscapes of Optics Valley, showcasing the development achievements of the zone. 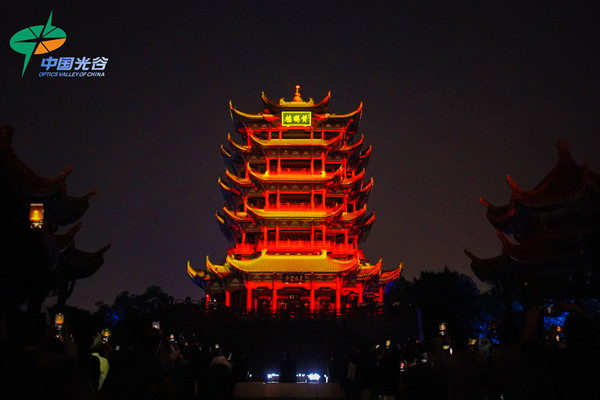