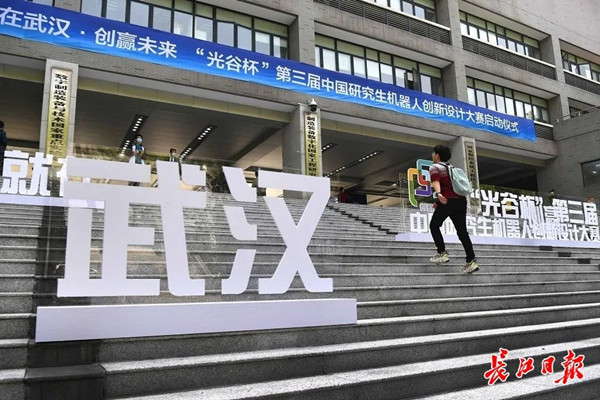 The launch ceremony for the "Optics Valley Cup" 3rd China Postgraduate Robot Innovation and Design Competition was held on April 17 at the Huazhong University of Science and Technology, or HUST, situated in Wuhan city in Central China's Hubei province.

The contest, part of the series of China Postgraduate Innovation & Practice Competitions, is one of the highest-level, largest-scale and most influential national postgraduate discipline competitions in the country.

The robot competition was first held in Harbin in Heilongjiang province and the second was held in Xi'an in Shaanxi province. This time it will be held in the East Lake High-tech Development Zone (Optics Valley of China) in Wuhan, capital of Hubei.

More than 10 robot companies from Optics Valley participated in the launch ceremony, showcasing various robots that are applied in such fields as intelligent communication, elderly health care, industrial manufacturing and energy. 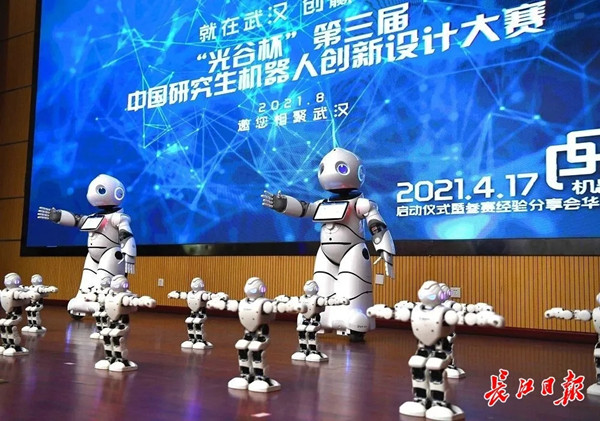 The China Postgraduate Innovation & Practice Competitions feature contests with more than 10 themes, including smart city construction, artificial intelligence, aerospace, integrated circuit and robotics. Since their launch in 2013, the series of competitions have attracted participation of more than 600,000 postgraduate students.

This year's robot competition is divided into online submissions and finals. The finals will be held at HUST on Aug 23-25.