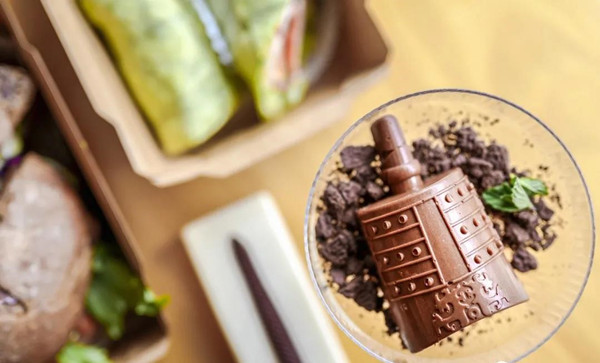 This bianzhong-shaped dessert is offered at Hubei Provincial Museum in Wuhan, the capital of Central China's Hubei province. Bianzhong is an ancient Chinese musical instrument consisting of a set of bronze bells. The museum recently launched eight cultural relic-themed desserts and drinks with an average price of 30 yuan ($4.58), and the products have proven popular with tourists. [Photo provided to chinadaily.com.cn] 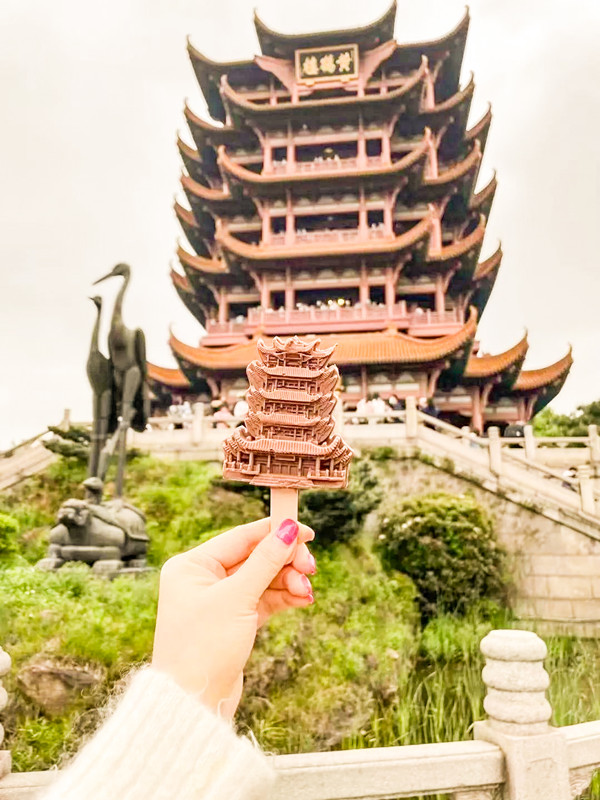 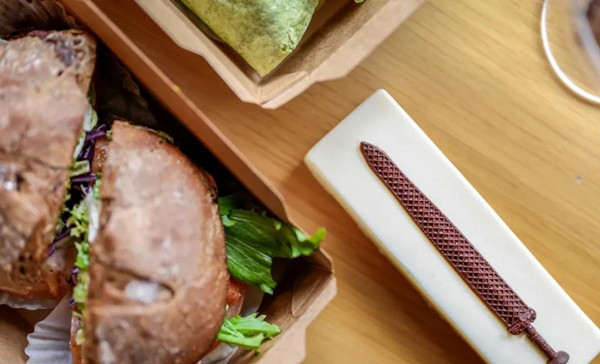 This chocolate dessert in the shape of the Sword of Goujian is available at Hubei Provincial Museum. The bronze sword was excavated from a tomb in Hubei's Jingzhou in 1965 and is more than 2,000 years old. It is believed that the shining sword once belonged to Goujian, a king of the Yue Kingdom during the Spring and Autumn Period (770-476 BC). [Photo provided to chinadaily.com.cn]