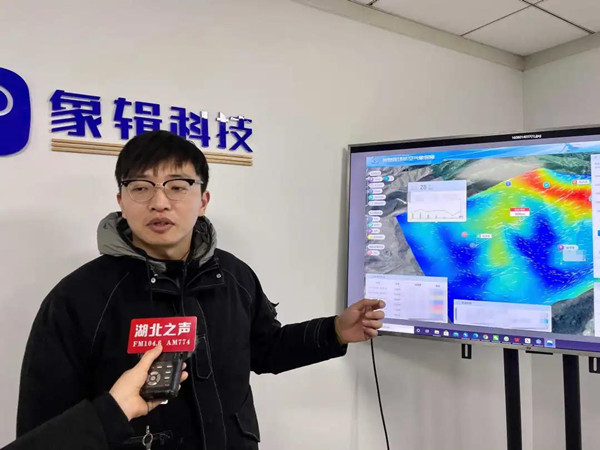 A staff member from Xiangji Tech introduces an aviation meteorological support system to serve the 2022 Winter Olympics, which is set to be held in Beijing. [Photo/WeChat account of Optics Valley of China]

The upcoming Winter Olympics, due to be held in Beijing next year, will use an advanced 3D visual weather observation system, manufactured by Xiangji Zhiyuan (Wuhan) Technology Co Ltd, according to local media reports.

Based in East Lake High-tech Development Zone (Optics Valley of China) in Wuhan, capital of Central China's Hubei province, the firm developed a system that collects real-time data about the local temperature, wind speed and altitude. Its technology enables it to provide highly accurate weather forecasts, according to Wu Jie, executive vice-president of Xiangji Tech.

Due to the complicated terrain of Zhangjiakou, where the games are being held, it is crucial to collect real-time information about the weather as well as being able to access accurate forecasts, particularly for low-altitude flights or an emergency rescue operation during the event, he added.

In addition to the weather observation system, which is scheduled to come into service in March, Xiangji Tech has independently developed over 40 core meteorological technologies, with its products used in industries including transportation, electricity, and construction.