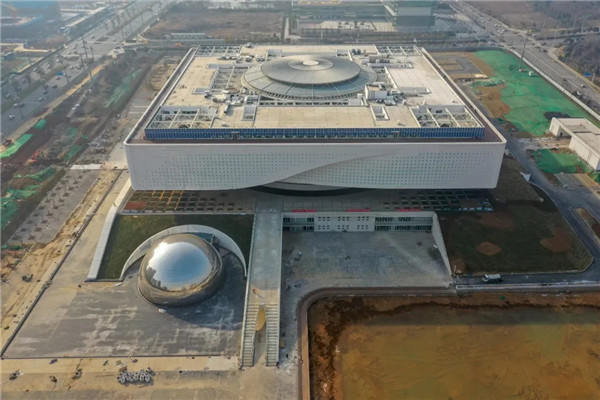 The civil works for the new Hubei Science Museum project at East Lake High-tech Development Zone (Optics Valley of China) in Wuhan, the capital of Central China's Hubei province, was recently completed, and the exhibition and education project is now under construction. It is expected that the museum will open on July 1.

The construction of the new provincial science museum project started in April 2016. The project is divided into three main parts: a science museum, a dome cinema and a landscaped bridge.

The project covers about 190,000 square meters, while the building area is approximately 72,000 sq m. The project has four aboveground floors, along with a mezzanine and basement in some areas. The building's maximum height is 51.1 meters.