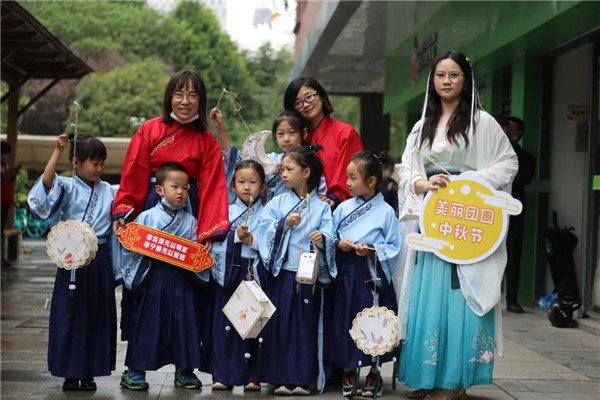 Moms and their kids in Hanfu clothing show off their hand-made lanterns during a family activity held in Optics Valley on Sept 20. [Photo provided to chinadaily.com.cn]

In a bid to promote good Chinese traditional virtues and welcoming the approaching Mid-Autumn Festival, a family activity was held on Sept 20 in East Lake High-tech Development Zone -- also known as Optics Valley of China -- located in Wuhan, capital city of Central China's Hubei province, according to local media reports.

During the activity, more than 20 children, together with their parents, listened to Chinese tradition virtues-related stories.

They wore Hanfu -- a type of traditional clothing of the Han ethnic group -- and learned about the origin and traditions of the Mid-Autumn Festival and made lanterns to welcome the upcoming Chinese traditional festival. 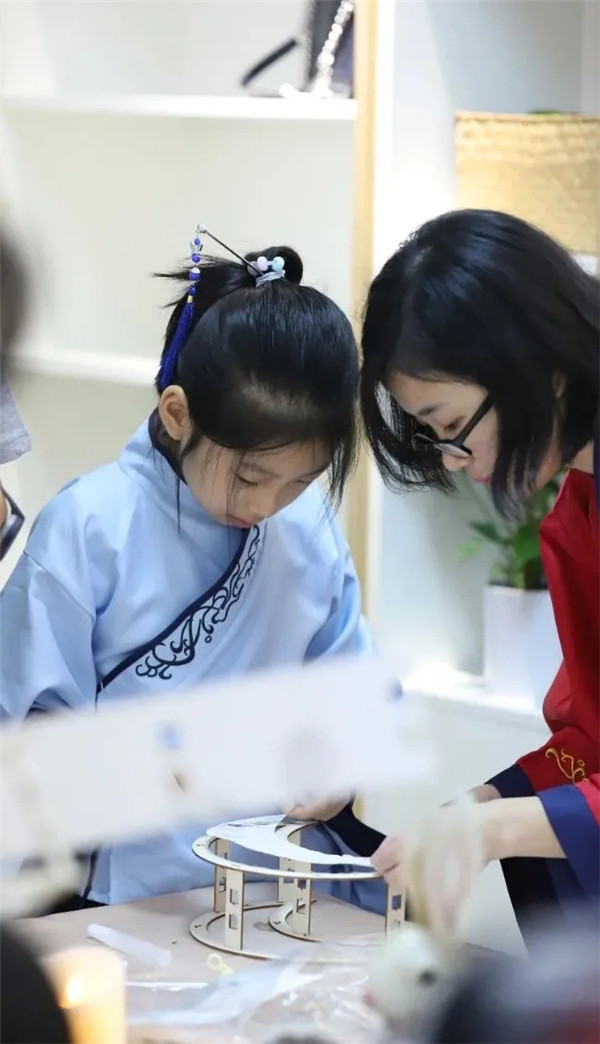 A mom helps her daughter make a lantern to welcome the approaching Mid-Autumn Festival on Sept 20. [Photo provided to chinadaily.com.cn]

The activity was organized by the women's federation of the zone, with the aim of passing down outstanding traditional Chinese culture, passing on social values and promoting civilized and honest family traditions and social etiquette.

In the future, the federation plans to hold such activities as a tea ceremony, qipao show, as well as parent-child education in more sub-districts and communities of the zone. 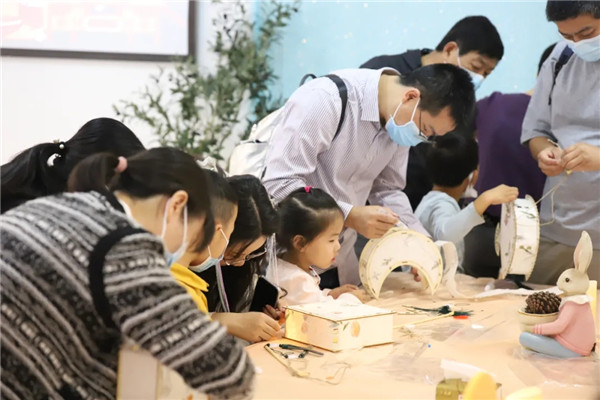 Parents make lanterns together with their kids on Sept 20. [Photo provided to chinadaily.com.cn]