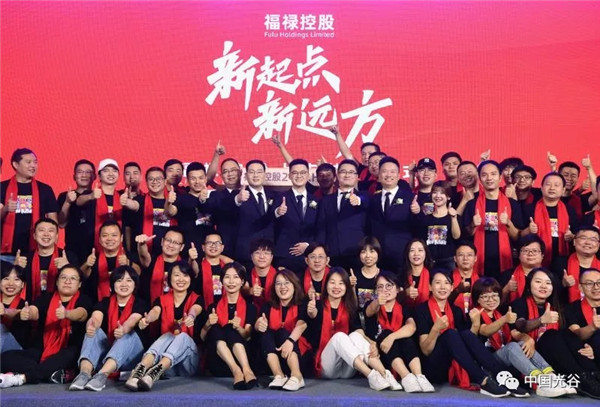 Staff member representatives of Fulu Holdings Limited pose for a group photo after the company listed on HKEX on Sept 18. [Photo/WeChat account of Optics Valley of China]

Fulu was listed on HKEX on Sept 18, becoming the 47th listed enterprise from the zone and the first China third-party virtual goods and services company stock.

During its public offering period, it was warmly received by the Hong Kong market and its shares were subscribed by nearly 390,000 people. The company's share price surged 19 percent in the first hour of trading.

Fu Xi, chairman and CEO of the company, aged 32, said he is "the same age" as the zone which was founded in 1988 and he has been rooted in virtual goods and services for 11 years.

Facing the reviews of the capital market and the pressure of stock price changes in the future, Fu said that his company will continue to adhere to its long-term principles, provide better services and products for its users and help drive the rapid growth of the virtual goods and services industry.

He expressed his hope that more Optics Valley internet companies would innovate and develop in the wake of the successful listing of Fulu Holdings Limited, to jointly create a positive development atmosphere for the internet industry.

Including Fulu, the number of listed companies in Optics Valley is expected to exceed 50 this year.

As one of the 10 key "world-class high-tech zones" built in China, the market entities of the zone exceed 140,000, of which more than 100,000 are enterprises, with a total of 2,899 high-tech enterprises and 453 gazelle companies – young fast-track growth enterprises – being cultivated.