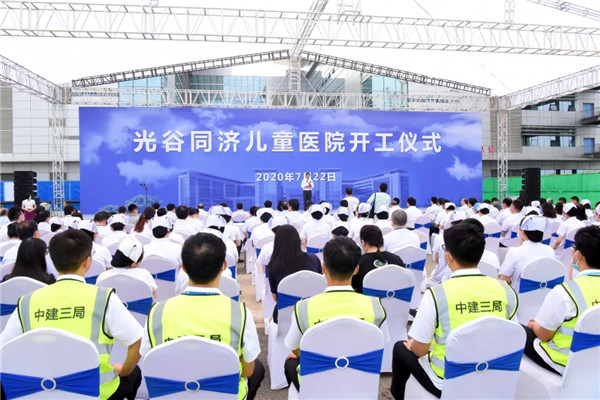 The total building area of the project is about 105,000 square meters, with one floor underground and 10 floors above ground.

A total of 800 beds are planned and the daily outpatient reception can handle about 3,500 people.

According to the person in charge of construction, the design of the facility will consider the needs of children and will offer a recreation area for kids. At the same time, the hospital will set up five operating rooms and 14 bone marrow transplantation storage centers with a cleanliness of "100 level", which is currently the highest level of medical purification in China.

In recent years, the zone has continuously optimized its medical and health service system and has attracted many high-quality medical resources to settle down and set up an Optics Valley branch, officials said.