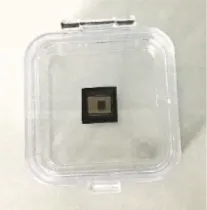 Silicon Integrated Co Ltd -- located in East Lake High-tech Development Zone, also known as Optics Valley of China, in Wuhan, capital of Central China's Hubei province -- was successful in securing a major round of financing, according to zone officials.

The company is a high-tech startup focusing on high-performance mixed-signal integrated circuits designs, with its headquarters in Future City in Optics Valley. It also has R&D centers in Shenzhen, Shanghai, Europe and in the United States.

The company said this was suitable for face recognition, 3D modeling and other high-precision applications. And the smart audio amplifier product and solution developed by the company has been applied to tens of millions of top brand smartphones.

According to zone officials, Optics Valley is building a trillion-yuan-value industrial cluster of companies involved in chips, advanced display screens, intelligent terminals and the internet.

They said the integrated circuit industry is the top priority during the current period of development.

A spokesman for Silicon Integrated Co Ltd said that the round-B financing would be used to expand large-scale mass production of high-resolution illuminated indirect Time-of-Flight and intelligent audio products.

But it would also be invested in the research and development of laser radar, optical sensors and multi perception fusion technology.