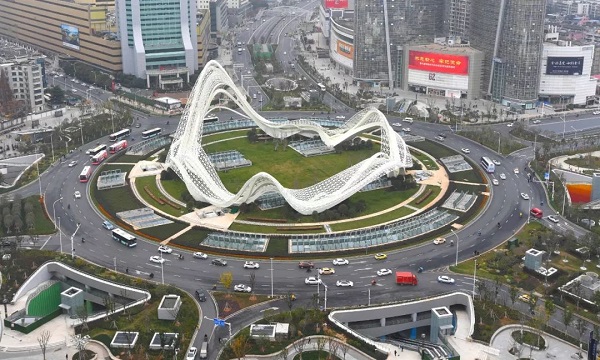 With the start of operations of a tram line and several subway lines, Wuhan East Lake High-tech Development Zone – also known as Optics Valley of China in central Hubei province -- has embarked on the early stages of constructing a world-class traffic network, according to zone officials.

Officials said the 19.7-kilometer-long subway line 1 is connected to the south extension line of subway line 2, which opened in February last year and allows passengers to transfer to subway line 11 at the Guanggu (Optics Valley of China) Railway Station.

Since being opened to the public in April 2018, the progressive passenger volumes on Optics Valley's tram line has reached 17million, officials said.

It has formed a rail transport network by connecting with subway lines at several major stations.

In addition, to reduce the traffic pressure around the Optics Valley Square in central Optics Valley, two tunnels were constructed and put into use in 2019.

In the future, Optics Valley of China will start construction of 14 roads to create a microcirculation traffic network in the area, which will become part of the regional secondary branch road network.