The land is located by Wuhan Erfei Mountain Scenic Area, south of Gaoxin No 2 Road and opposite to Wuhan Tennis Center, covering 89,757 square meters with the volume rate of 1.2. 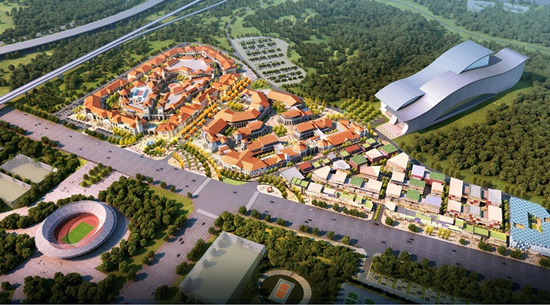 Since then, Capital Outlets has officially settled in Wuhan, which is the third land obtained by Capital Juda in the second half of the year.

The outlets project in Wuhan is the 7th outlet laid out by Capital Juda nationwide and is planned to be in Tuscany style. It is planned to be officially open at the end of 2017, and positioned at medium and high grade. Leading by internationally brand products, it will be highlighted with abundant luxury and designer brands and will be built into the star commercial project that radiates Wuhan and even the Wuhan city cluster.