Situated in north East Lake High-tech Development Zone, Optics Valley Modern Service Industrial Park is a leading services industry zone and a resources-conserving and environmentally friendly demonstration zone built by the city of Wuhan in central China and Wuhan East Lake High-tech Development Zone. Aiming to comprehensively promote the development of the modern services industry, the total planning area of the park is about 78.17 square kilometers. 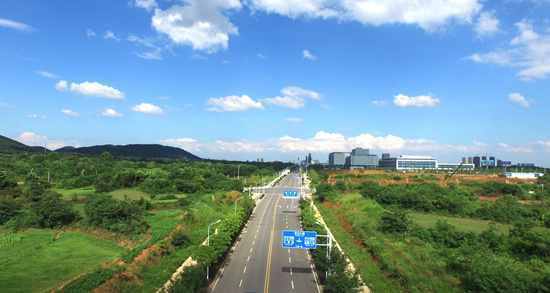 They said that Huashan New Eco-city has become a perfect demonstration of the integration of industry and city in Wuhan. As a professional park with the largest scale and the most complete services system in Wuhan, Wuhan Best City is the core demonstration area that Wuhan has won the title of "famous software industry city with Chinese characteristics". 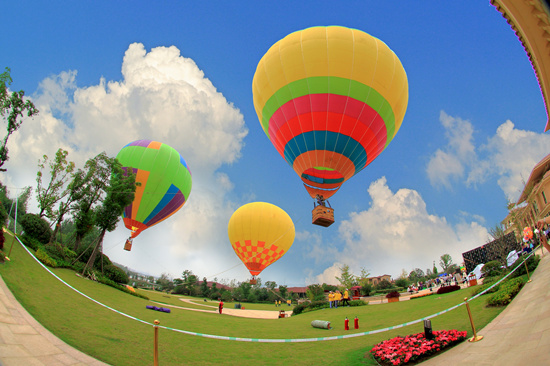 There are many universities in the industrial park, including Central China Normal University, Huazhong University of Science and Technology and China University of Geosciences. In the park, there is also the Optics Valley Square station, the largest rail transit transfer station in Optics Valley. The completed rail transit system and lines under construction include line 2 and its extension line, line 11, line 19, as well as tram lines T1 and T2.

In recent years, the park has formed a digital economic industrial cluster represented by big data, cloud computing and AI. Officials say it is undertaking the functions of scientific and technological research and development, business offices, exhibition services, leisure and entertainment and residential accommodation.

As a high-tech industrial park in Optics Valley Modern Service Industrial Park, Wuhan Best City has successfully attracted more than 110 high-quality technology-based enterprises with 12,000 employees. It is expected that the park will accommodate nearly 100 of the world's top 500 enterprises and industry leaders, with 200,000 employees and an annual output value of over 20 billion yuan ($2.88 billion).

With business and trade circulation and software services as its dominant industries, the park also develops financial headquarters and port logistics. There are many projects in the park that welcome further investments. Here are some such projects as follows.

Luxiang shopping area is Wuhan's most bustling business center and one of Optics Valley's major gates for opening up. Huashan Ecological New City is a newly established zone tailored for the resource-conserving and environmental friendly society.

Wuhan Software New City is built based on the experience gained in the construction of the Silicon Valley, and is dubbed Central China's largest international software and information technology service center.

China Treasure Valley (Wuhan) makes full use of resources possessed by China University of Geosciences, and will lead China's jewelry industry and become an internationally influential hub for the jewelry business.