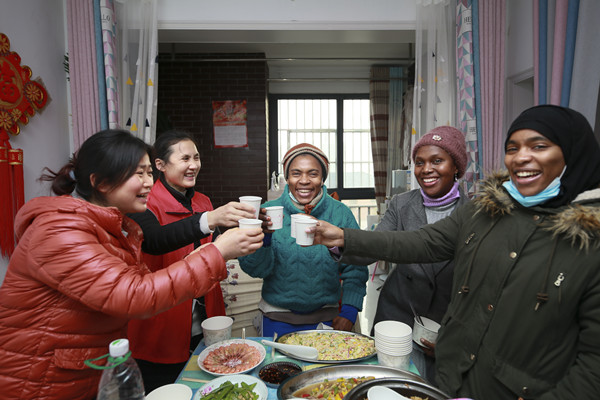 Akhayie Babat Abdoulaye (whose Chinese name is Kang Yiling), a doctoral candidate of the China University of Geosciences (Wuhan), has stayed for seven years in Wuhan, the capital of Central China's Hubei province. This year, she is spending Spring Festival in China for the first time with her mother, Philomene.

They are from Cameroon and now live in the Tonganli community in the East Lake High-tech Development Zone (Optics Valley of China). The community currently has 16 such foreign families.

During the outbreak of the COVID-19 pandemic in early 2020, foreign residents in the community formed a deep friendship with other community members.

Philomene said they were locked up at home and experienced a shortage of supplies, but they had plenty of food and masks, thanks to the community. Some Chinese neighbors also put eggs, rice and potatoes at the door.

Kang said that last year when they stayed in Wuhan, their family in Cameroon was very concerned about their safety, while now Wuhan is the safest place.

On Feb 5, the expats spent Little New Year with their Chinese friends. (Little New Year, or Xiaonian in Chinese, fell on Feb 5 in southern China this year. It was celebrated on Feb 4 in northern China.)

The Tonganli community has more than 30 foreign residents, and most of them will spend Spring Festival in China. The community has sent pandemic prevention and control materials and folk crafts to them, according to a local official. 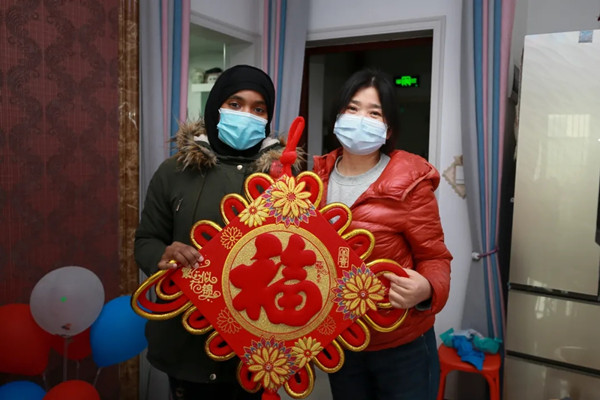