Optics Valley firms charter plane to get staff from Japan 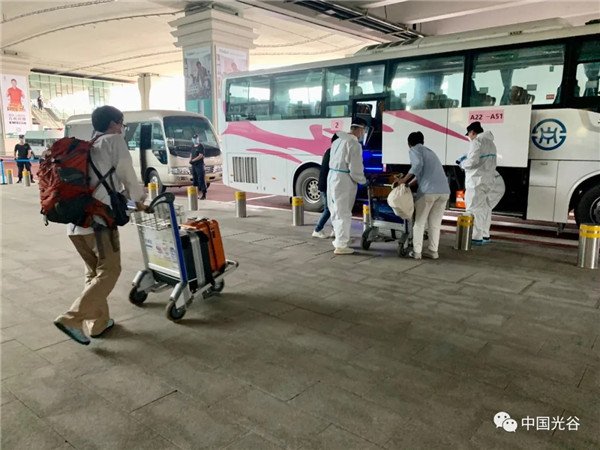 They said it marked the first time that resident enterprises of the city's East Lake High-tech Development Zone had picked up employees returning from Japan and it was also the fourth chartered aircraft carrying foreign workers back to work in Wuhan.

The zone -- also known as Optics Valley of China -- has screened the foreign workers' health status and questioned them on their itinerary in Wuhan and their details before allowing them to come back by plane chartered by resident enterprises.

After the passengers arrived, they had a temperature test and blood samples taken, as well as nucleic acid tests at the airport customs inspection point.

According to zone officials, returned employees with abnormal test results will be transferred by the Wuhan Municipal Health Commission to designated medical institutions for diagnosis and treatment or to designated isolation points for centralized medical isolation.

Those with normal test results will be transferred to designated isolation points for isolation and incorporated into the local community prevention and control system.

Officials said that in a bid to ensure the smooth return of the employees, the zone compiled the list of foreign technicians and helped enterprises organize and coordinate the foreign technicians before they entered the country and had their health inspection.

Zone officials picked them up, transported them and performed epidemic prevention and control measures after the technicians arrived in Wuhan.